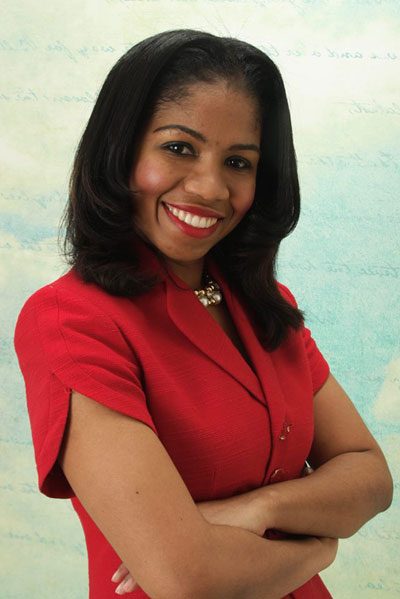 Wife and Mother of a beautiful baby girl named Lyric Palmer, Tamara Palmer was born in the Parish of Kingston, Jamaica. She is the first of 5 Children. She Grew up in St. Ann with her long lost Aunt. At the age of 7 she moved back to live with her mother in St. Catherine Spanish Town where she attended Horizon Park All age.

Her mother later moved to the Parish of St. Andrew, where Tamara began attending Donald Quarrie High, there she graduated with a diploma in business and Arts and Craft.

In 2009, Tamara got married and moved to live in the United States of America with her Husband. Tamara had always loved the Lord since she was a little girl, so in 2010, she committed her life to her Lord and Savior Jesus Christ.

Encouraging young people has always been her passion.  She knew that God had a calling on her life in the field of mentoring. Her favorite Mentor is Joel Osteen she loves his teaching and is very inspired by him.

Tamara became a member of the Prayer Works Evangelism Outreach Ministry first as a beneficiary of its ministry services in 2013, when circumstances in her life threw her in the path of  Founder Debbie Miller-Curtis.  Debbie became her mentor and Tamara was the recipient of her calling; mentoring.

Tamara grew strong in faith under Debbie’s mentoring and became one of her protégées.  As a successful Prayer Works testimony, Tamara now works as a fulltime member for the ministry as the Executive Assistant. “When you put God first place in your life, he will lead you to the highest mountain”. This is Tamara’s belief. As she continues to develop her relationship with Christ, her prayer to the Lord each day is that  He will continue using her in His will.

Tamara loves her family and enjoys spending quality time with her daughter Lyric, and she gives back to the Lord daily through the ministry.